I wrote a thing! Go read a thing!

The Comeback: A Novella of the Strange is now available for Kindle and Kindle apps. Download it now!


Shakey Silvers came back from the dead. He brought his bucket list.

Doug Kennedy is a stand-up comic struggling with his career, with his girlfriend, with the bottle. Desperate for money, he takes a gig at a remote casino located in “the exact-middle-of-nowhere,” Nevada. Doug thought that his act dying on stage was the worst he’d have to fear in the desert. He was dead wrong.

Doug was in for a hell of a ride.

Filled with eccentric characters, twists, turns, and horrific situations, The Comeback is a fast-paced descent into nightmare that won’t let you sleep. 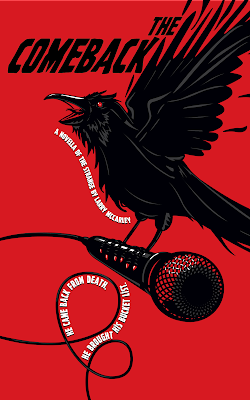 Posted by Larry McCarley at 5:49 PM